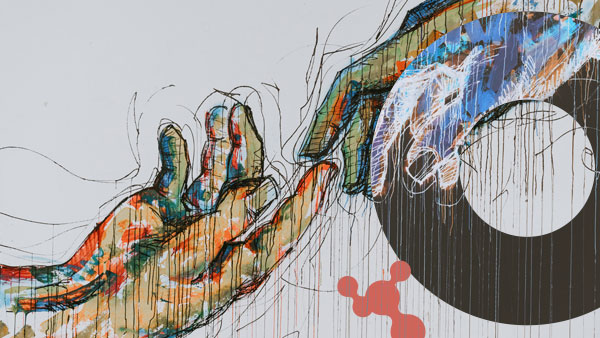 New York–January 11, 2023–Beyond Ordinary Events, Inc. and POSSIBLE today announced its Platinum and other new partners in a continued effort to fuel momentum for the launch of its marquee marketing event to be held at the Fontainebleau Miami Beach on April 17-19. Google signed on as the premier presenting partner last year, and will be joined by Albertsons Media Collective, Analytic Partners, Magnite, and PubMatic as Platinum Partners.

Christian Muche, CEO and Co-Founder of Beyond Ordinary Events, said, “In addition to our first round of dynamic and impactful speakers, and commitment by Google announced earlier, we are so excited now to have Albertsons, Analytic Partners, Magnite, and PubMatic secured as our Platinum sponsors.” He continued, “We’ve been working closely with these organizations to deliver an outstanding sponsor and exhibitor experience for our inaugural event launch in Miami. We are thrilled by the enthusiastic commitment of all the organizations across the industry because their support really puts the ‘possible’ into bringing our vision to life.”

Michael Kassan, CEO of MediaLink, said, “Over the past few years, we have witnessed profound change on multiple levels, and marketing leaders expect increasingly dynamic ways to convene and exchange the ideas that will actually move the needle for them.Christian has a long track record of reimagining what a tentpole event can look like, and I believe he’s delivering something truly fresh and unexpected with POSSIBLE.”

POSSIBLE will welcome the most influential marketing and business leaders and visionaries representing technology, digital, media, entertainment, and culture. Over the course of the three days, POSSIBLE will present 16 tracks of curated content masterclasses, workshops, an exposition, an outside activation area, VIP networking, and entertainment. The SMARTIES awards will now be part of POSSIBLE with MMA Global also unveiling its proprietary research. A preview of the early CMO speakers was announced in December, with an impressive list including the likes of Deborah Wahl, Global Chief Marketing Officer, General Motors; William White, Chief Marketing Officer, Walmart; Linda Lee, CMO, Campbell Soup Company; and Karin Timpone, CMO, Major League Baseball, among the planned 200 speakers who will be presenting at the event.

More announcements on content, speakers, celebrities, entertainers, and influencers will be coming soon.

POSSIBLE is a new marquee event created by Beyond Ordinary Events, Inc., that is curated specifically for the greater marketing ecosystem, including brands, technology, digital, media, culture, and more. Powered by the omnichannel expertise of MMA Global (a key partner and investor of Beyond Ordinary Events), the inaugural event will take place on April 17-19, 2023 at the Fontainebleau Miami Beach, and also combines all former MMA Global events into one colossal, immersive, and engaging celebration. Brimming with content dedicated to future-thinking marketers combined with innovation and emerging technologies, POSSIBLE will be the centerpiece for the entire marketing and media community to network with industry peers, share ideas, present visions and discuss mutual challenges. Conceived and created by Christian Muche (Co-Founder, DMEXCO), POSSIBLE will be the cornerstone marketing tent-pole event of the year.

Comprised of over 800-member companies globally and 15 regional offices, the MMA is the only marketing trade association that brings together the full ecosystem of marketers, martech and media companies working collaboratively to architect the future of marketing, while relentlessly delivering growth today. Led by CMOs, the MMA helps marketers lead the imperative for marketing change–in ways that enable future breakthroughs while optimizing current activities. The MMA is committed to science and questioning and believes that creating marketing impact is steeped in constructively challenging the status quo encouraging business leaders to aggressively adopt proven, peer-driven andscientific best practices, without compromise. The MMA invests millions of dollars in rigorous research to enable marketers with unassailable truth and actionable tools. By enlightening, empowering and enabling marketers, the MMA shapes future success, while also propelling business growth.

Muche is a renowned global executive and business strategist operating at the intersection of the digital, marketing, technology, and event industries. Muche has worked with global brands and executives, including AOL, YAHOO, and FIFA, to bring successful results. He was the Co-Founder of DMEXCO which has become the biggest and leading digital marketing event in the world. Seeing a gap in the marketing community, he believed the time had come for a new event experience created specifically for the marketing world which is POSSIBLE.